Our students who have appeared in the SOF International English Olympiad Exam 2016 are now winners of SOF English olympiad result 2016.Every student who appears in any SOF-Olympiad exam are given with a Student Performance Report (SPR). A SPR is a detailed analysis of how the student attempted the 1st level Olympiad exam and how well they performed in the test. The objective of issuing SPR is to share with the student and her / his parents, analysis of student’s answers. This is expected to enable the student understand her/his strengths and areas requiring improvement in absolute terms and also on a competitive scale consisting of lacs of students of her/his class who appeared for the Olympiad. 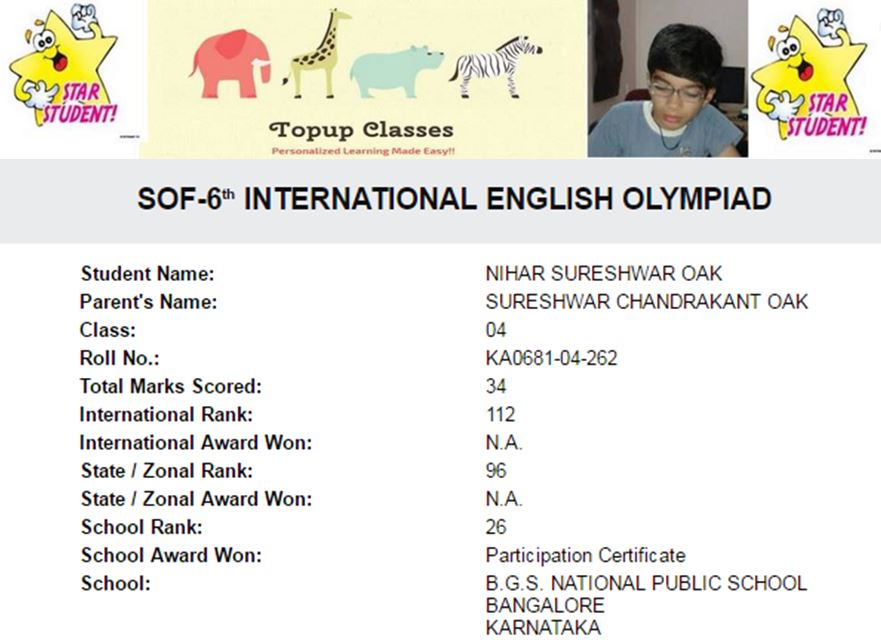